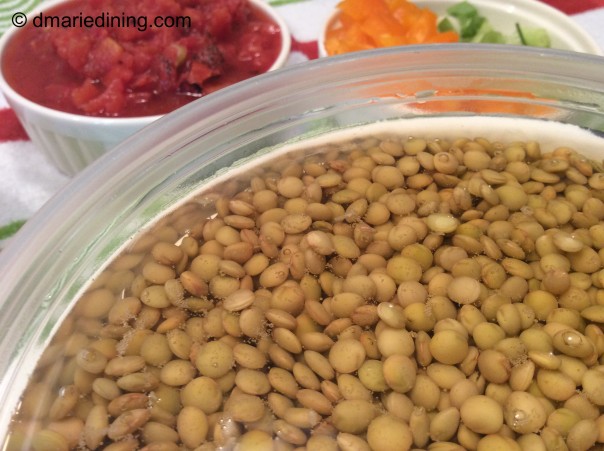 Don’t ask me why but I have had lentils on my mind for the past week. I think it was because I wanted to make some red lentil soup and discovered I didn’t have any lentils. Since I usually find them at Trader Joe’s I had to wait until my weekend ritual of running errands to be on that side of town. Once I got to the store and spotted the red lentils I also spotted green lentils which made me think of a Lentil Stew. Again, I don’t know why. 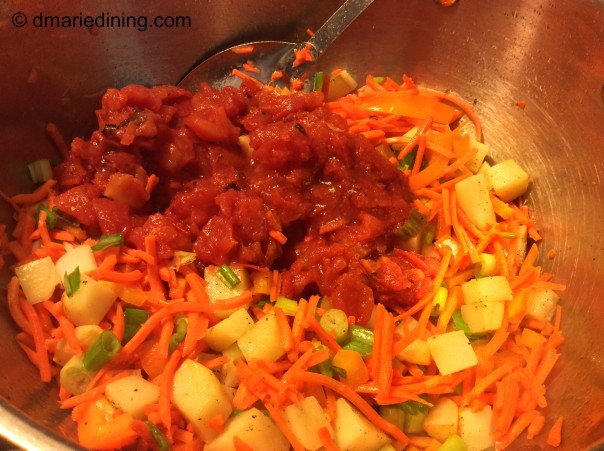 Sometimes my imagination kicks in and I just come up with ideas for combinations of food. For the Lentil Stew I thought of carrots, potatoes and tomatoes as the right combination of vegetables to add to the lentils to make a stew. Yes, a stew not a soup. To me, stews are a little heartier than a soup even more than those soups that are thick and packed with vegetables. Stews have a slightly different consistency than soups and are surrounded by a kind of gravy. In the case of Lentil Stew it makes its own gravy. 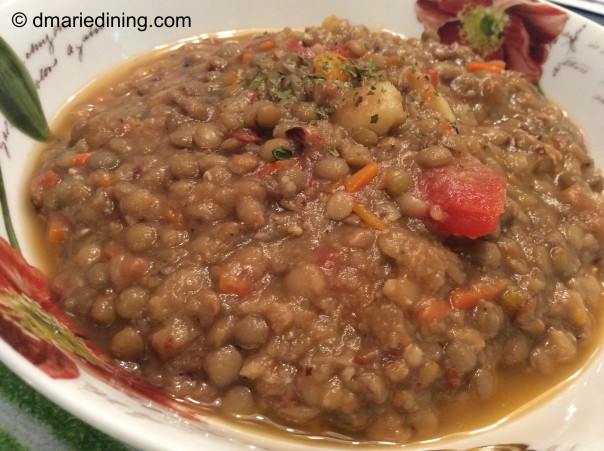 Lentil Stew is the type of dish I would make during the winter or on chilly fall days. Granted, the day I first made this stew it was not really chilly but there was a nice gentle breeze. Now that I have tested out the recipe, I know what I will be preparing it quite often when the gentle breezes turn into strong cold winds. 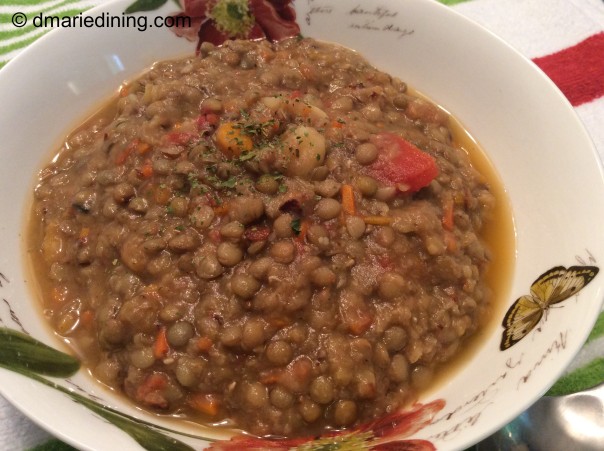 Add lentils and water to a large pot. Bring to a boil then cover and reduce heat to medium low. Let simmer while preparing vegetables.

In a large frying pan add olive oil and potatoes over medium high heat. Season potatoes with a little salt and pepper. Saute potatoes until slightly browned. Reduce heat to medium then add onions, carrots, tomatoes and remaining seasonings to the potatoes. Stir and allow veggies to soften. Add veggies and chicken broth to lentils and stir. Allow stew to simmer for 20 – 30 minutes until lentils are tender. Taste to determine if you need more salt. Add additional broth if stew is too thick.